ISSOTL and its Convenings Committee welcome expressions of interest in hosting the ISSOTL annual conference in 2019.

ISSOTL works closely with local hosts to organize and run each annual conference. Hosts typically provide intellectual leadership to the conference by articulating the theme, organizing the proposal selection/review process, and constructing the conference program in collaboration with the Society, as well as identifying the location for the conference and managing all local arrangements. ISSOTL supports the hosts by offering guidance, networking, and support, as well as supplying the online system for proposal selection/review and for collecting conference registrations.

Expressions of interest to host a conference must include:

Expressions of interest should be emailed no later than May 31st 2017 to admin@issotl.com, and addressed to president-elect of ISSOTL.

The Expression of interest will be reviewed by the Convenings Committee and potential hosts will in due time be invited to submit a more detailed proposal (10-12 pages). Decisions about hosting the conference are commonly made by the Board two years before the conference.

Questions about expressions of interest, hosting the conference, or the selection process should be directed to the current co-presidents-elect.

What drew you to SoTL? The SoTL process which is rooted in reflection, systematic inquiry, and encourages mindfulness for teaching and learning is one key reason I began to value SoTL. The inquiry is a unique amalgamation of science and art- … 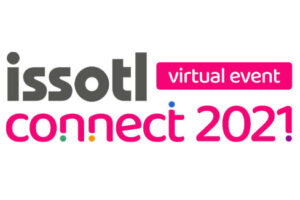