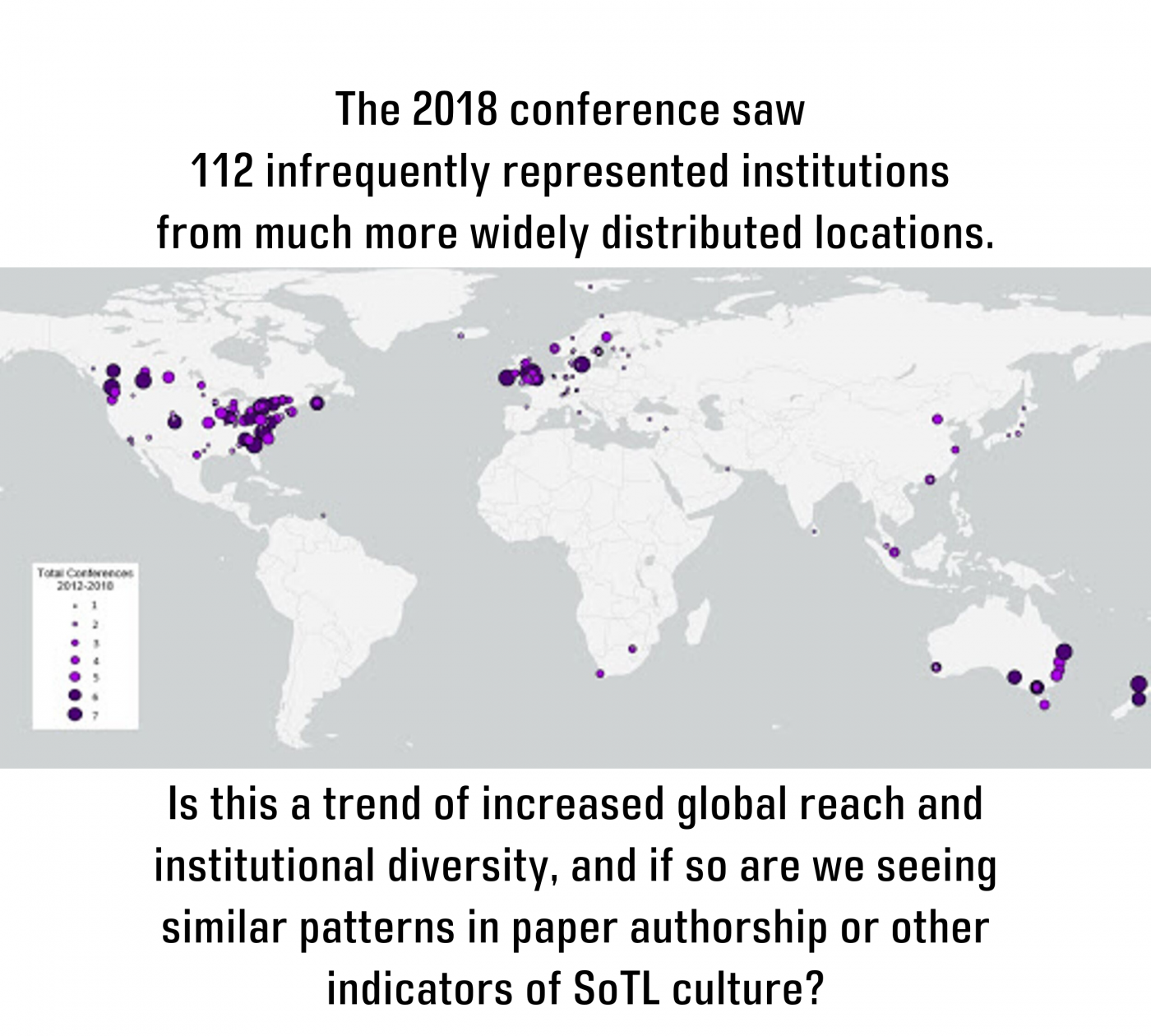 In a previous post we looked at where ISSOTL conference presenters came from and which institutions had consistent participation. However, the data also show that there’s more than just a simple relationship between proximity and presenting at ISSOTL. Three sites can illustrate this: Hamilton, Raleigh, and Quebec City. Hamilton is home to ‘frequent flyer’ institution McMaster University; Raleigh is at the heart of a SoTL hot zone as illustrated by the maps in the previous blog post, close to ‘frequent flyer’ institutions like Elon, and Georgia Southern University and a number of smaller institutions in North Carolina with consistent patterns of presenting. Quebec City is relatively close to SoTL centres in Canada and the rest of North America, but before and after the 2014 conference sent few presenters to ISSOTL conferences.

On the map below, the green circles represent the nearest 20% of participating institutions, while the blue circles show distance travelled by the closest 20% of presenters. In this representation, we find that hosting ISSOTL at an institution with a strong SoTL culture like McMaster attracted presenters from a highly concentrated area – the blue circle shows that the nearest 20% of presenters did not travel far – most in fact came from McMaster. Raleigh shows that its presenters were slightly more dispersed over a wider area, and Quebec City shows even greater dispersion of both institutions and participants. All of this suggests that having a strong preexisting SoTL culture with institutions that regularly send multiple presenters to ISSOTL serves as a sort of amplifier. A conference in an area with a strong existing SoTL culture further increases participation from both anchor and proximal institutions (Calgary and Melbourne had similar patterns). In Quebec, where there are fewer high-participation institutions, the blue and green circles are nearly the same size, showing that presenters came from a larger number of more widely dispersed institutions (Los Angeles and Bergen had similar patterns). 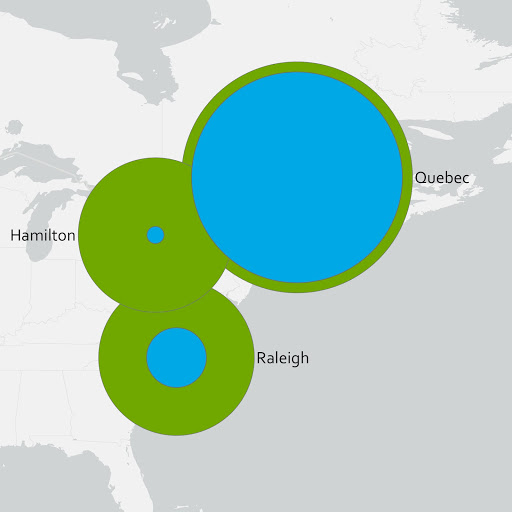 Looking at the data for Quebec even more closely, we can see that Université Laval, the host institution, accounted for the bulk of proximal participants, but that the nearest large city, Montreal, also had a high number of participating institutions. That level of participation from institutions in the region did not persist in subsequent conferences. The dominant language in the host city may also play a role – Quebec City and Bergen may not have attracted as many local participants, and regional SoTL communities may not be as prone to travel farther to an anglophone conference. It will be interesting to see whether presenters from regional institutions at the Bergen conference will return to future ISSOTL conferences. 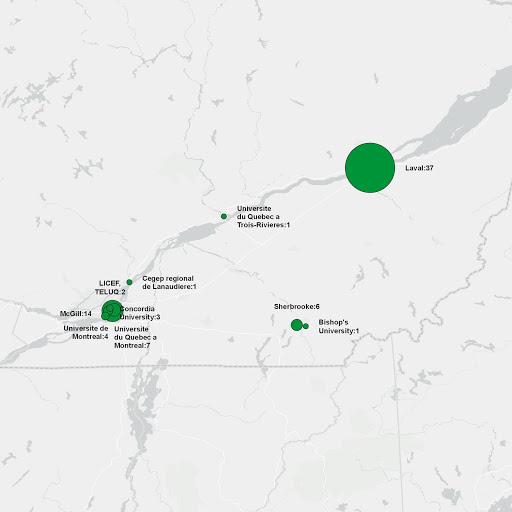 In reviewing the data as a whole, it’s clear like much of SoTL research, that the study results in more questions than answers. It is also evident that mapping, as with other visual representations of data, can produce insights that would be more difficult to see in texts and tables. There are geographies large and small in what we do from classroom spaces,and assignments across the curriculum to reading lists and citation patterns. As a final provocation, how could you use maps in representing your SoTL work?

With thanks to Karen Manarin for reviewing and improving our work.

Where do presenters at ISSOTL come from and what can this tell us about SoTL? Part one: An International society

ISSOTL offers different pathways for new members to get to know and participate in the ISSOTL community, engage with SoTL, exchange ideas, share their work, contribute to the Society, meet new colleagues and friends, reflect on their experiences, and so …

Making sense of writing about learning and teaching