Written by Jennifer Friberg, Cross Endowed Chair in  the Scholarship of Teaching and Learning and Associate Professor of Communication Sciences and Disorders at Illinois State University

Communication Sciences and Disorders (CSD) is a discipline representing two distinct professions: speech-language pathology and audiology. SoTL-friendly folks from CSD are always happy to report that Ernest Boyer, author of Scholarship Reconsidered: Priorities of the Professoriate (1990), was an audiologist. His advocacy for what he called the “scholarship of teaching” served as the birth of the modern SoTL movement. However, despite the fact that the concept of SoTL has its roots in CSD, I would consider SoTL in my discipline to be an emerging form of meritorious research. While we have a small (but growing!)  group of faculty who embrace SoTL, we have lacked both an outlet to share our SoTL work and a dedicated mechanism to organize and grow SoTL in speech-language pathology and audiology. That said, there is a group of CSD faculty who have been very active in SoTL advocacy in our discipline.

Advocacy efforts for SoTL in CSD have primarily targeted audiences involved in our two major disciplinary associations: the American Speech-Language-Hearing Association (ASHA) and the Council on Academic Programs in Communication Sciences and Disorders (CAPCSD). Work in ASHA has been focused on grass-roots advocacy efforts through association special interest groups (and their associated publications) as well as via increasingly robust presence of SoTL work at ASHA’s annual disciplinary conference. CAPSCD has (in the past) supported a SoTL committee, members of whom drafted the first-ever position paper on SoTL in CSD (link below). SoTL research is presented routinely at the annual CAPCSD conference, as well. Perhaps one of the largest advances for SoTL in CSD will occur in early spring 2017, with the publication of the inaugural issue of Teaching and Learning in Communication Sciences and Disorders, the first and only peer-reviewed journal solely focused for the dissemination of SoTL work in CSD.

Many of the SoTL advocacy efforts in CSD have centered on the comparison of evidence-based practice (EBP) vs. evidence-based education (EBE). From a clinical standpoint, speech-language pathologists and audiologists utilize EBP to establish practice patterns that are grounded in evidence from rigorous study (wherever possible) to best serve clients/patients. SoTL in CSD advocates have argued a similar consideration is critical for course instructors in higher education: an evidence-based approach to making pedagogical choices is just as important to our students as EBP is to our clients. We use SoTL to create EBE, thus making it necessary and valuable to CSD. Arguably, aligning SoTL with an established professional norm has helped advocate for the importance of EBE and, as a result, SoTL.

What does the future hold for SoTL in CSD? Anecdotally, I can report an increasing interest in SoTL in CSD and that many of my colleagues have taken an increasingly vocal interest in creating a culture for SoTL in speech-language pathology and audiology. Increasing visibility at ASHA and CAPCSD had been very influential, and we hope to grow SoTL within and across these organizations. Additionally, as the “publication currency” for any research in CSD is the traditional journal article, many are hopeful that the establishment of a SoTL-focused journal in CSD will increase the visibility and acceptance of SoTL as a meritorious form of scholarly activity. Yes, there is work to be done to advocate for SoTL; however, a solid foundation is well in place to support future efforts.

Position Paper for SoTL in CSD:

Suggested Readings for SoTL in CSD:

Publication Outlets for SoTL in CSD:

American Journal of Audiology (audiology research journal that rarely publishes SoTL, but has been known to)

American Journal of Speech-Language Pathology (speech-language pathology research journal that rarely publishes SoTL, but has been known to)

There is not a dedicated SoTL conference in CSD; however, two major disciplinary conferences each year welcome SoTL submissions.

Council for Academic Programs in Communication Sciences and Disorders Conference

Getting Started in SoTL: Scholarship of Teaching and Learning Annotated Literature Database

Designing and Conducting a SoTL Project using a Worksheet: A Baker’s Dozen of Important Sets of Guiding Questions 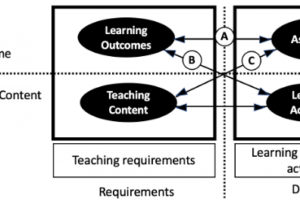 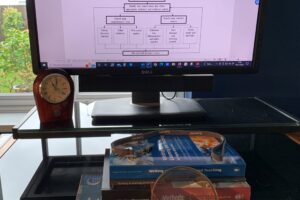 Searching and Reviewing the Literature on Scholarship of Teaching and Learning (SoTL): An Academic Literacies Perspective Parts 1 & 2 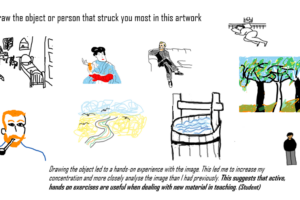 A Pedagogy of Slow: Integrating Experiences of Physical and Virtual Gallery Spaces to Foster Critical Engagement in SoTL