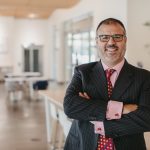 Anas is Professor and Program Chair for Environmental Engineering at the University of Western Australia. He is passionate about education and research in Water Engineering, Sustainable Cities and infrastructure, in addition to nature-based solution design and implementation. In his teaching practice, Anas uses the United Nations Sustainable Development Goals to frame student learning activities through use of multimodal and multimedia platforms. Find out more about Anas’s passion for creating sustainable, water-sensitive cities; his thoughts on the important contribution of universities to long-term resilience and change in the post-COVID world; and his innovative and engaging response to moving teaching online, so as to sustain the vital work of knowledge-sharing with students during the pandemic and beyond.

Water you on about? A personal journey through sustainability and higher education

The sustainability debate took a few twists and turns before finding its way through the development and the adoption of the United Nations Sustainable Development goals (SDGs). Stemming from the principle that a sustainable system is one that remains diverse and productive, I will discuss some parallels between my research in the area of water sustainability and how the higher education sector could learn from such a complex socio-ecological system. The challenges faced by the higher education sector reaffirm for me the idea that the learning journey for any student needs to be connected to the “real world” (a common expression often used by students) as a way of developing a sense of purpose. Many years have passed now since I started bringing in the SDGs to support technical learning in Water Engineering and as a result I started seeing a new response from students. I realised, especially during the pandemic, that wellbeing was at the top of the students’ minds, through what they shared in their reflective assignment (aka excitements) videos. Using Blog and Vlog as assignment formats to give the student new platforms to develop linkages, we started reflecting on the different ways to create impact, and change the world one design or idea at a time! This also helped crystallise the role of learning and that of universities as an essential pathway for a better and more equitable world post-pandemic. It is my great pleasure to share some of the journey and stories, often for the point of view of my students, on how ideas from water sustainability and the sustainability of the higher education can converge. 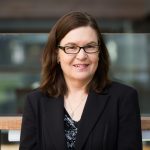 Director of Indigenous Learning and Teaching

Professor Susan Page is an Aboriginal Australian academic whose research focuses on Aboriginal and Torres Strait Islander peoples’ experience of learning and academic work in higher education and student learning in Indigenous Studies. Susan has held a number of leadership positions including Associate Dean (Indigenous Leadership and Engagement) and Director of the Centre for the Advancement of Indigenous Knowledges in the Faculty of Arts and Social Sciences at the University of Technology Sydney, Head of the Department of Indigenous Studies at Macquarie University and she has lead a university-wide Indigenous graduate attribute project at UTS. In July, 2021 Susan will commence as Director of Indigenous Learning and Teaching at Western Sydney University. Susan has collaborated on a number of competitive research grants, has received a national award for Excellence in Teaching (Neville Bonner Award) and is well published in the area of Indigenous Higher Education. From 2015-2018 Susan was an elected Director of the National Aboriginal and Torres Strait Islander Higher Education Consortium and she is currently an appointed Indigenous representative for the Universities Australia Deputy Vice Chancellor Academic committee. Susan recently co-edited a special edition of the journal Higher Education Research and Development, Ōtāt.ou reo, Na domoda, Kuruwilang birad: Indigenous voices in higher education. In 2020 Susan worked with an amazing multidisciplinary team to develop her first micro-credential, Supervising Indigenous Higher Degree Research.

Do no harm: Mapping the complexity of Indigenous Teaching and Learning from the personal to the political

The complex problem of how best to foster student learning in Indigenous Studies has gained increasing prominence for tertiary educators in Australia.  Indigenising of university curriculum, which began in earnest two decades ago in medical degrees, has gathered pace in the last five years, boosted by the commitment all Australian universities have made to ensuring their students ‘encounter and engage with Aboriginal and Torres Strait Islander cultural content as integral parts of their course of study’ (Universities Australia, 2017, p. 14). Despite many professions already including discipline relevant Indigenous perspectives, the magnitude of this task, including the challenges and risk of harm for learners and academic teaching staff, cannot be underestimated. The complexity of the undertaking stems not just from the student resistance commonly noted in the literature, but also from disciplinary absences and silences (Bodkin-Andrews, Page & Trudgett, 2018), epistemologies of ignorance (Sullivan & Tuana, 2007) which impinge on teacher confidence, and institutional contexts which retain the vestiges of the long forgotten colonial genesis of universities. Using the generous scaffold of the Scholarship of Teaching and Learning with its focus on inquiry in student learning, and teaching practice, this presentation will draw from an array of research, reflection, and practice to map the personal and political terrain of being an Indigenous scholar leading institutional attempts to embed Indigenous content into all curricula. The ‘topography’ of the terrain will include insights into findings from a qualitative study exploring student learning challenges in Indigenous Studies classrooms, using critical race theory to illustrate institutional support for Indigenous curriculum work and a reflective process which led to the conceptualisation of the three P’s approach to my work, which I use to mitigate some of the risks inherent in this work. Along the way, I am likely to share the deep satisfaction sustaining my work and possibly some of the doubts which bubble under the surface.